The Havula Villa is one of the most interesting tourist attractions in Kalajoki. It was built by the sawmill manager Oskari Santaholma in 1912. The city of Kalajoki bought the Estate, along with its contents, from the Sasntaholma family in 1992. It was opened to the public after extensive renovations in 1997. In Havula one can become acquainted with both the Santaholma family and their house, witch is a good example of a wealthy bourgeois home with original interiors dating from 1910-30’s.

Havula is located in the north of Plassi in a courtyard surrounded by large coniferous trees. The name Havula comes from the Finnish ‘havu’ which means pine needle. From the courtyard of the house it was possible to a view the timber area of the sawmill. The master of the house, Oskari Santaholma, married in 1905 to a Swedish speaking girl named Sigrid Selin from Hämeenlinna. Soon after their marraige they began to plan their new home. The plans were commissioned from an architect office in Helsinki.

The style of the house represents a wooden constructed Art Nouveau style typical in the Finnish countryside at that time. The house is a double storey building made up of fourteen rooms and a kitchen and its size is about 700m2. The interior of the Havula Villa is an interesting mix of antique furnishings and new furniture ordered at the time the house was built. The most valuable pieces of furniture are the 19th Biedermeier set from St Petersburg, the Art Deco set from 1927 and a Neo Baroque dining room set also from the 1920’s. In the rooms there are original tile stoves, many arts and crafts pieces and paintings from well known Finnish painters from the beginning of the 20th century.

The Santaholma family descends from an old local farming family. The founder of the business, Antti Pahikkala, who later took the name Santaholma, married a local woman, Josefiina Helander, who was descended from a famous brass casters family in Kalajoki. Antti Santaholma was a self made man with no formal education but all his five sons were sent to Oulu to a newly founded Finnish language school. Only one of his sons, Antti, graduated from the school and later he studied to become an engineer. The other four brothers moved to Merchant’s School in Oulu and Raahe. The Santaholma family were very patriotic and later they became members of the Finnish Party.

The sons Juhani, Siivert, Antti, Oskari and Olavi took up the family business after there father. Oskari and Siiri’s home, Havula, became the centre of the social scene in Kalajoki in which they gathered to spend festives such as Name Day parties, Boxing Day party and so on. There was a Woman’s Association which also often gathered in Havula because the mistress of the house was the head of this association. Oskari was also involved in local community activities in addition to his business and for this work he was awarded the title of Communal Councilor. 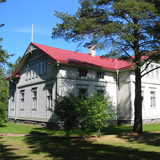 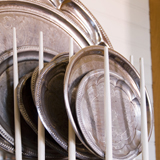 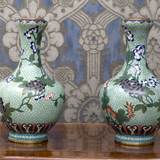 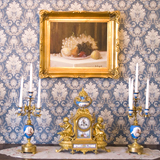 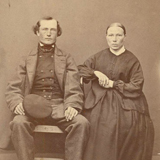 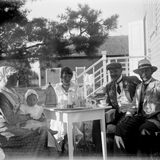 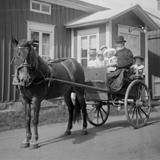 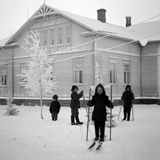 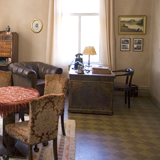