Press [+] you get more information

When the town of Kokkola was founded in 1620 it was given the right to begin a trade market [+] in Kalajoki. The Market Place [+], at the time, was situated in the area from Änkila house to the “narrow place” (soukka paikka) [+] which is still located near the Village House. In 1920 the Market Place was moved to its current location and the old Market Place is nowadays a street area.

Tar was the most important commodity that farmers sold at the time [+] and it was collected in Plassi where tradesmen from nearby towns Kokkola and Raahe bought the tar and stored it there until the springtime when it was shipped to Stockholm. There was a harbor at the mouth of the Kalajoki River until the late 19th century which smaller boats were able to use but around the 17th century larger boats used the port giving greater access to the Gulf Of Bothnia.

The Plassi Fair was the most important meeting point for farmers from the coastal areas, nearby town tradesmen and new settlers from up river. The fairs in Plassi were one of the biggest in Finland in the 19th century.

Plassi was the trade centre of the area as could be seen by the location of the tightly packed houses giving the impression of a town even though at the time it was not. Around the market place there were fair cabins which are small houses [+] owned by tradesmen where they lived during fair times and sold their goods. Beside these cabins there were large tar storehouses as well as horse stables. There was also a state built customs house in Plassi used by the state to tax goods coming and going from the area.

In 1865 Plassi requested to become a town but unfortunately this request was denied. When free trade was allowed in Finland it was possible for anyone to practice trading and this lead to the Plassi area becoming a centre for shops and businesses in Kalajoki. Along with the tradesmen many craftsmen were also attracted to Plassi and settled there, such as; shoe makers, saddler makers, blacksmiths, clock smiths and tailors.

Around the end of the 19th the structure of the area began to change. In 1903 the Plassi (Santaholma) saw mill was established and as a result of this new workers came to the area and settled in the old uninhabited market cabins. The need for tar was reduced and so the focus of trade was moved little by little to the other side of the neighborhood. At the same time the small cabins around the market place were left unused. The saw mill factory built housing for their own workers in the northern part of Plassi. In general building new houses in the area was difficult because of confusions dealing with ownership and landowning [+] 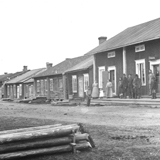 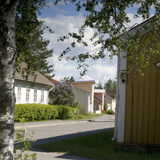 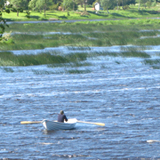 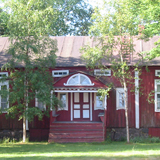 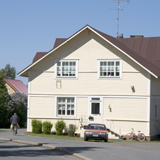 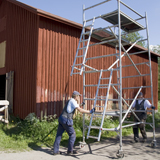